Motorola Razr review: A fashion statement, not a flagship

There are a few more things to note about the Razr’s software. Unlike most other premium phones you’re likely to see in 2020 — including the new Galaxy Z Flip — the Razr only runs Android 9.0 Pie. Now, that’s a fine flavor of Android, but Motorola could’ve done better. Oh, and for you retro fanboys, there’s a classic Razr mode you can access from the Quick Settings panel — once enabled, it swaps the stock launcher out for a nearly pixel-perfect recreation of the original RAZR V3, right down to the jaunty boot chime and laser-etched keypad. It’s a total gimmick and not meant to be used seriously, but whatever, it’s a fun nod to a device this new Razr owes so much to.

More than anything, though, I was concerned about power management and battery life. How could I not be? The best Motorola could do is squeeze in two slim, discrete batteries with a combined capacity of about 2,510mAh — that’s far less than any other smartphone I’ve tested in the last year. (Even more troubling, a recent YouTube teardown suggests the actual combined battery capacity is closer to 2,400mAh.) 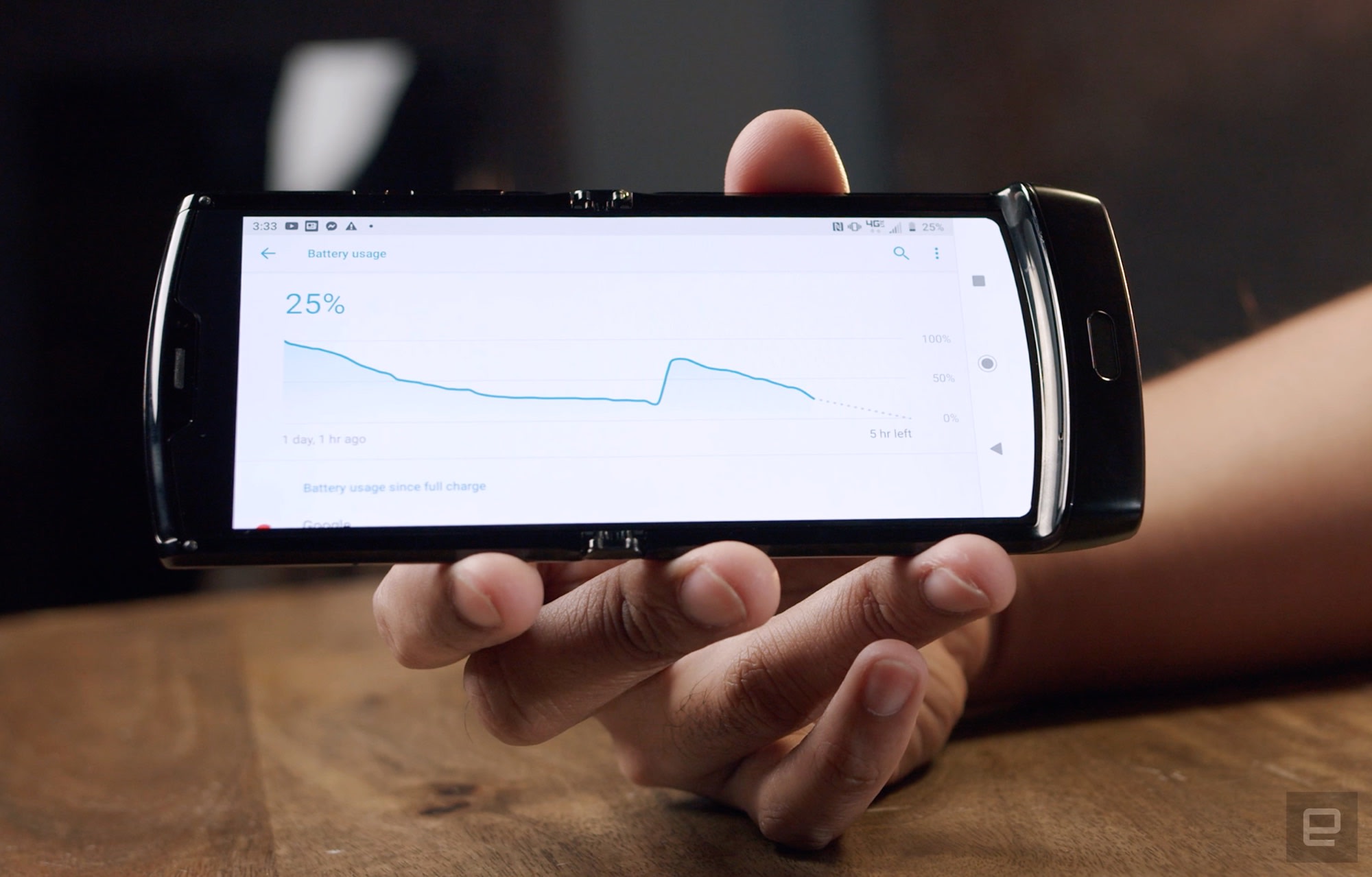 Thankfully, the reality wasn’t quite as bad as I expected. If you play your cards right and don’t use the phone constantly, the Razr could feasibly last for about 12 hours; I’ve gotten pretty close a few times. Things get a little dicier when we start talking about sustained use. If you’re the kind of person who sits around scrolling through Instagram for hours on end, you’ll probably want to keep the included 18W TurboCharger handy. The Razr’s screen-on time maxes out at around four hours. Plus, it gets pretty warm, pretty quickly. (I suspect that’s because there’s so little room inside for proper heat management, but Motorola wouldn’t say so on the record.)

If this were another review, these slightly underwhelming results wouldn’t feel so distressing. Again, you’re being offered a level of performance and battery life that is at best just adequate, but a $1,500 phone should be able to do at least a little better, right?